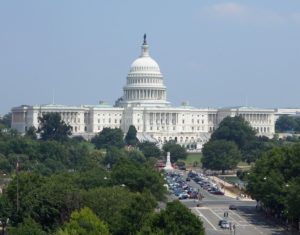 In 2018, a Texas Court ruled in favor of 20 Republican state attorneys general (“AGs”) to invalidate the Affordable Care Act (“ACA”). Sixteen Democratic AGs and now the House of Representatives (as of January 2019) are joined in defending the ACA and appealing the Texas court’s decision. The case is currently on appeal in the 5th Circuit.

Recently, the U.S. Department of Justice (DOJ) filed a two-sentence letter with the 5th Circuit expressing its agreement with the lower court’s decision to strike the ACA in its entirety. This is a departure from the Administration’s  earlier position that only the individual mandate, guarantee issue and community rating requirements under the ACA were invalid, allowing the rest of the ACA to stand.

What does this Mean?

The 5th Circuit will hear the appeal and consider all filed briefs and arguments (filed by all parties to the case and other interested parties, including the DOJ, the group of Republican AGs, the group of Democratic AGs, and the House of Representatives) and determine whether to uphold or reject the lower court’s decision. Whichever way the Fifth Circuit rules, there will be an appeal to the Supreme Court to make a final determination on the status of the ACA. As the appeals processtakes time, it is uncertain whether the case will reach the Supreme Court before the 2020 election.

For now, the ACA remains the law of the land and employers should continue to comply with the various aspects of the law.